Retro Rubber Challenge #70 - Back To School 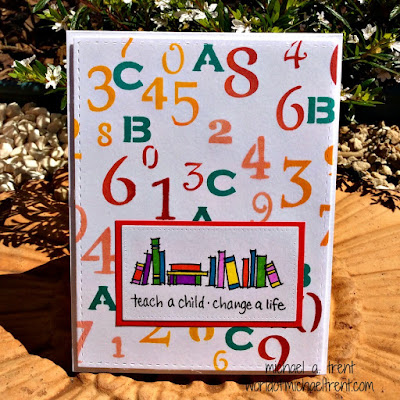 Hello everyone and Happy Thursday!  I hope everyone is well.  It's been a crazy week here.  Ruy and I had a photo exhibition last weekend at the Belle Epoque Cultural Center here in town, which we did as a benefit for a charity.  It was nicely received and was a great feeling to see everyone's reactions to our photos.  I will try to get a post done this weekend about the show.  Of course afterward, I got sick for a few days, but am finally back up and running.  Today is Brasil's Independence Day so everything is closed and I finally found some time to do a new blog post.

Yes, 2nd post about "back to school".  This time for the Retro Rubber Challenge Blog - 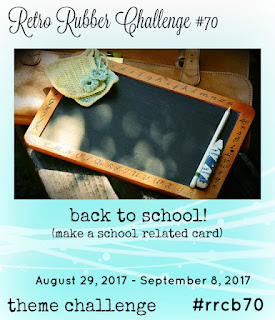 I started with a piece of white cardstock.  Using some washi tape I taped down the "Numerals" stencil (TCW200S) by The Crafter's Workshop.  Next, using a mini blending tool (Ranger) with some inks from Reverse Confetti (Piggy Bank, Salsa, and Bumblebee Yellow), I applied the colors through the stencil. 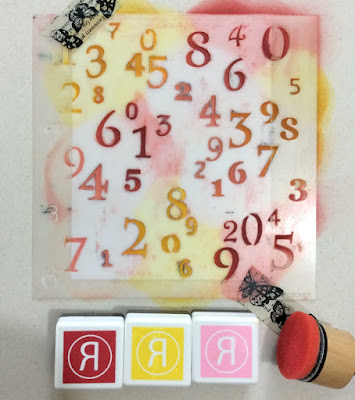 I removed the stencil and heat set the inks (just to be safe).  Then I used an alphabet stencil from StencilGirl Products and applied some Aqua ink (Reverse Confetti) to a few of the letters, also using the mini blending tool.  Heat set again (just to be safe).  I then die cut this using the large stitched rectangle die from the Bundle of Stitched Shapes (Simon Says Stamp). 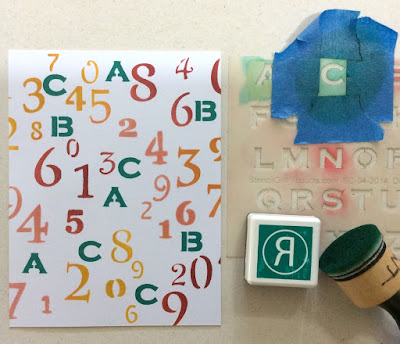 After this I pulled out a stamp set called Book Border (SSC259) by Stampendous.  I have owned this set for YEARS and it has never felt the touch of ink to it's polymer skin.  LOL 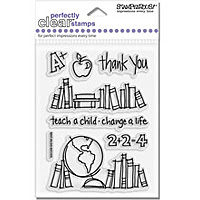 So I inked the row of books and the phrase and stamped it on a piece of white cardstock.  I die cut it with a stitched rectangle die I own and colored it in with Sharpie markers.  I then adhered it to a piece of red cardstock. 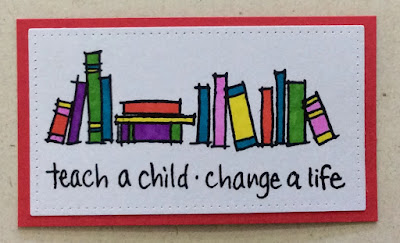 Lastly, I adhered this to the card front. 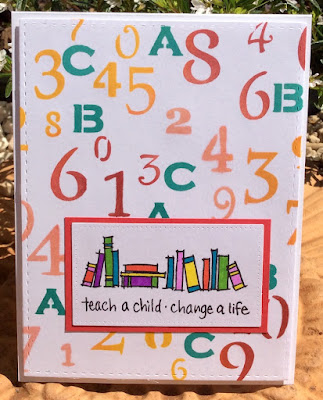 That's it.  Done!  I think this would be a great card for a teacher on the first day of school.  As a thank you!  I hope you enjoyed this project.  Let me know by leaving a comment below.  Thanks and until next time -

Hello everyone and welcome to another "Yes, It is a Holiday" or "Yes, It's a Holiday" blog post.  Today, the holid... 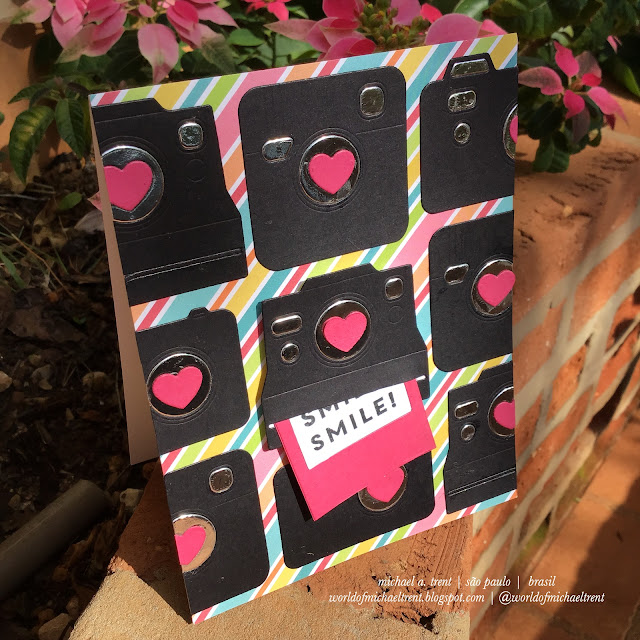